All Sept Blues hats are individually hand made and feature original braiding. They are manufactured in Japanese factories and structured with custom made wooden forms made in France.
We pay special attention to the fabric and material of the products, using French antique buttons and unique, one of actual knitting that matches the material of the braids.

Speaking of the origin of my brand name "Sept Bleus", Seven Blues in English, first blue is my favorite color. I am also attracted by the image of beauty of purity and dignity aroused by the color blue. Moreover, whenever I feel blue, depressed or lonely, some funny ideas suddenly occur to me and make me feel better. Therefore blue has been the important source of my imagination and creative ideas.As of Sept, seven in English, I am ford of Seven of all numbers and my name Nanae means seven layers, Thus "Sept Bleus"is made of two of my favorite words.

My way of creating the works is that I respond openly to something that happens to attract my attention at the time, which I pursue to the end. It can be a material, form or idea, depending upon the occasions.

1994
Graduated from JOSHIBI Junior College of Art and Design

My products of brand name "SEPT BLEUS" are sold at various department stores and select shops in Japan. I hold exhibitions of hats in form of installation on the regular basis to suggest that hats should be enjoyed in many ways. 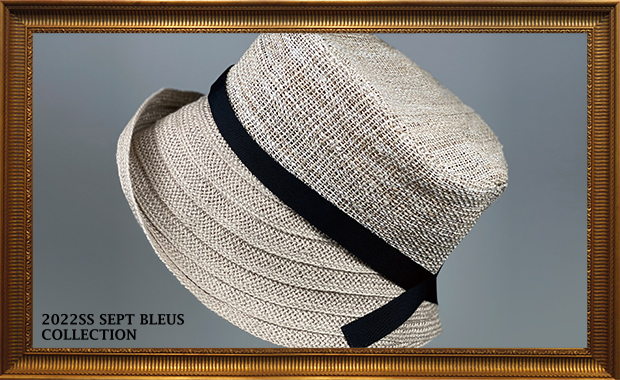 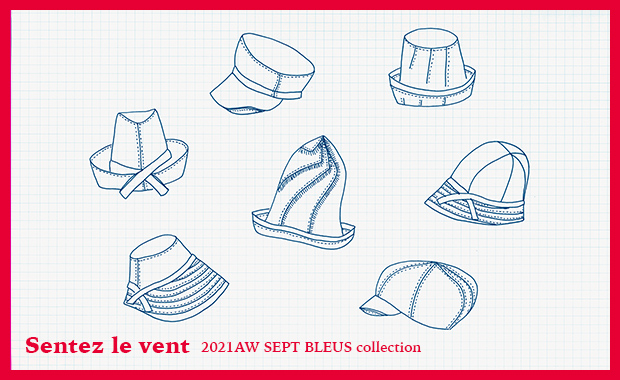